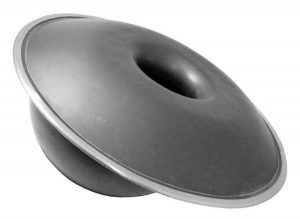 In May 2015 PANArt Manufacturing Ltd. introduced a new hand played percussion instrument. In the early experimental stage it was called the Pang Gudu. It was intended to be a companion for the Gubal, but it turned out that it was also suitable for playing together with other instruments in various musical styles.

In order to carry on the trademark Hang® after the original Hang instrument was no longer built, PANArt decided to call the instrument Hang® Gudu. Under this name it is offered for sale worldwide since end of October 2015. 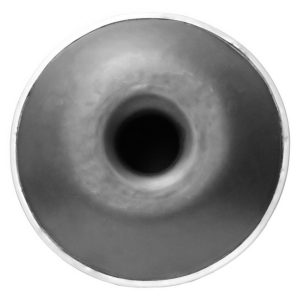 Like the Gubal, the Hang Gudu’s opening with the Ringding is placed on the upper side. Due to the smaller vessel volume the sound of the air in the vesssel (the Helmholtz resonance) is 155 Hz (Eb3), one octave above the Gubal. A circle of tuned tone fields doesn’t exist on the Hang Gudu. The melodic agility lies in the bass of the Helmholtz resonance, that can be lowered with the hand in the opening. This way the pitch can be varied continuosly from Eb3 down to Eb2.

The Ringding is the place where the player excites the Helmholtz resonance. Moreover, it is tuned itself with four partial tones. These two sound sources are combined with the percussive sounds of the whole body of the instrument. Playing the Hang Gudu can be described as a sort of speech-song by the hands. 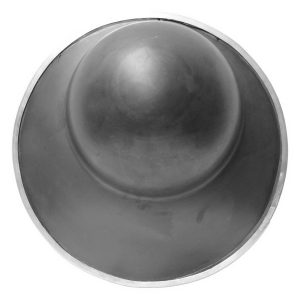 Unlike the Gubal, the hemishperical Gugel

of the Hang Gudu is positioned eccentrically on the bottom side. This way the player can put the instrument in a semi-upright posture on one of the thighs. Thus a close body contact can be achieved.

The Hang Gudu must not be confused with the Gudu Hang. This instrument was a Hang with an additional opening at the bottom side. It was built by PANArt from 2004 to 2007.