Saturday night the new Integral Hang introduced by PANArt in February 2008 joined a familiy reunion with some of its older siblings in a little town near Darmstadt, Germany. 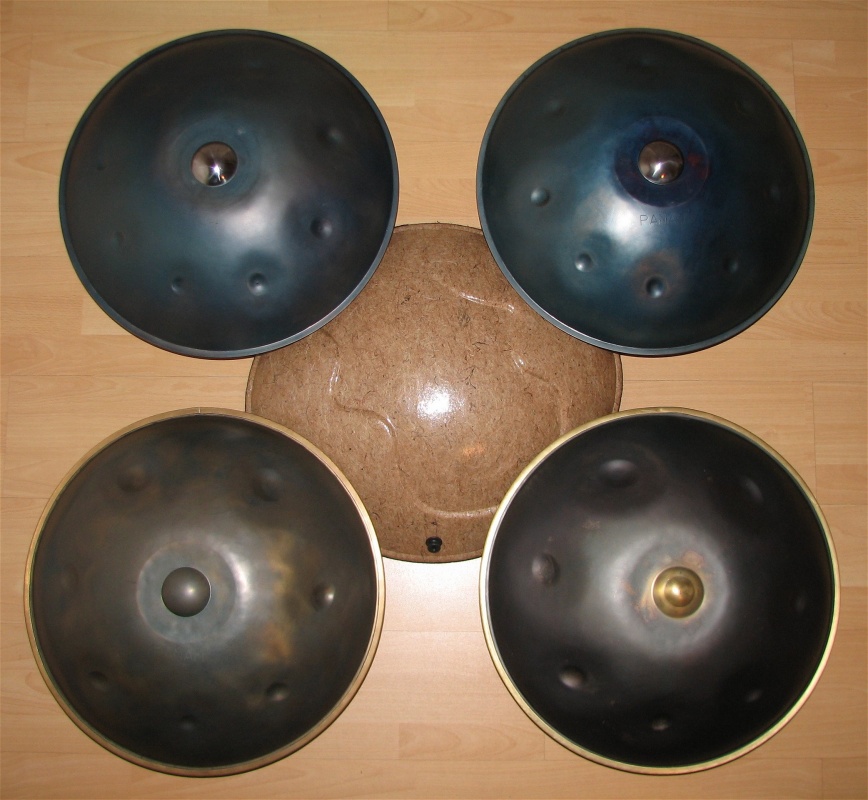 On the photo the Integral Hang is shown down to the right. The new design of the Ding is eye-catching. Another difference is the darker colour of the body. The ring of brass and the positions of the tone fields with their typical 45° angle to the Hang’s radius are similar to its one year older sister down to the left, a second generation Hang from 2007.

At the top you can see two older brothers: A F-Pentatonic from 2003 to the left and a high voice Pygmy in F from 2005 to the right. The differences between these first generation instruments are visible: The older Hanghang have little nipples in the domes of the tone fields.